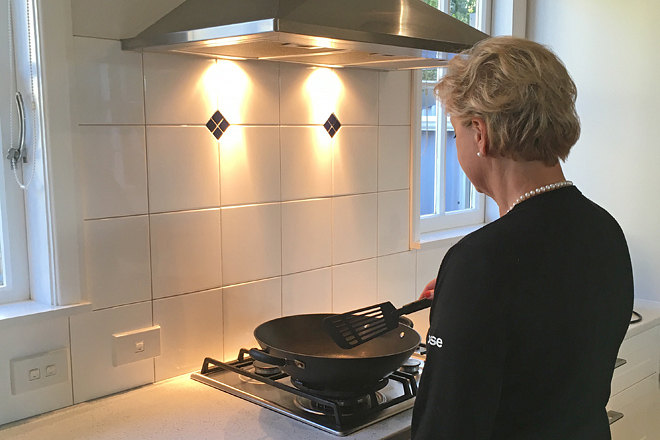 Today you can buy a range of major kitchen appliances with a wide variety of different features. Choosing the right ones and using them appropriately can save on energy costs and also be good for the environment.

The 'exposed coil' element you find on most stoves isn't particularly efficient. It heats the pot and the air around it, as well as the food. The solid disk elements found on some stoves are even less efficient.

Induction elements are the most efficient type of stove element on the market, using about half the energy of an exposed coil element. They heat the pot or pan using a strong magnetic field, while the element itself stays fairly cool. You will need the right types of pots and pans to work with induction elements, but they should be available in your local stores.

Ceramic glass stoves and halogen elements are also more efficient than exposed coil elements. The elements are under glass, which makes them easier to clean.

Both halogen elements and gas burners provide instant heat, so they don’t waste a lot of energy as they warm up.

Modern conventional ovens are well insulated, but only about 10–15 per cent of the energy they use actually cooks the food. The rest is just heating the air.

Gas ovens are even less efficient than electric ones because they need higher air flows to provide oxygen for combustion and often have a glow-bar that continuously runs in order to reignite the gas flame should it blow out.

Convection or fan ovens use about 20–30 per cent less energy than conventional ovens, and you can cook more items at the same time because heat is more uniformly distributed.

The good news is that self-cleaning ovens are more efficient than standard ones because they have more insulation. So what’s good for convenience is also good for your wallet and the environment.

Microwave ovens are much more efficient than other types of electric oven. About 50 per cent of the energy they use actually cooks the food. Unlike conventional ovens, microwaves only heat the food, not the surrounding air.

To save energy when you're cooking:

Dishwashers use water, energy and detergent, all of which cost money and have effects on the environment. If you're choosing a dishwasher, look for a model that:

Is it better to wash dishes by hand?

Not necessarily. Washing by hand frequently involves rinsing under running water first and this wastes more water than you'd think.

According to Consumer New Zealand testing, hand washing the amount of dishes that fit into a dishwasher will use 40 litres of water and cost about 13 cents. If you rinse the dishes with hot water (before or after), the cost increases. A dishwasher on economy cycle will pre-wash, wash and rinse for 13 cents.

If your dishwasher is the right size for your household and you use its eco-setting, you're probably already saving water and energy.

To save energy and water when you use a dishwasher:

Many dishwashing detergents contain alkalis that can cause severe burns to the mouth, throat and airways if they're swallowed.

These detergents can also be harmful to the environment – for example, some contain phosphates which can get into waterways and cause toxic algal blooms.

To protect yourself and the environment, read the labels and choose detergents that:

If the label doesn't state the ingredients, avoid the product.

Consumer New Zealand tested a number of detergents in 2010 and found that some products marketed as eco-friendly were misleading and potentially dangerous.